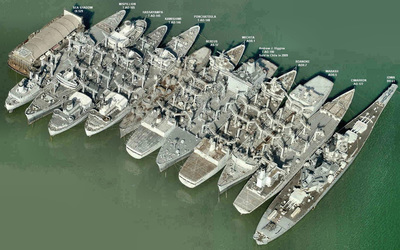 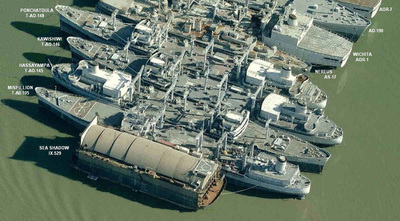 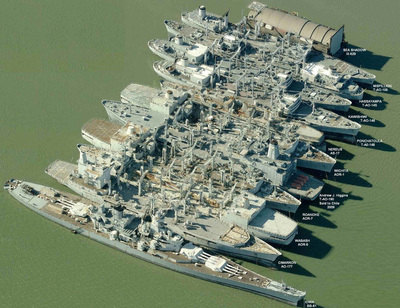 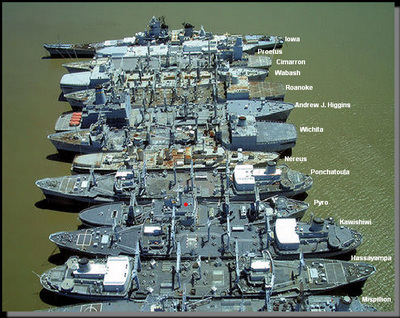 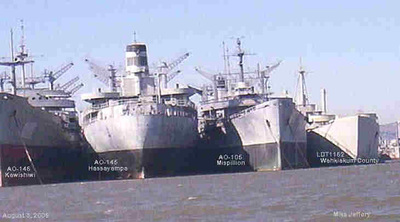 Hughes Mining Barge
Row G - By an unknown photographer, this is a very good shot of the barge the CIA used in its effort to recover a sunken Russian sub; at the time of this photo, it was housing the ($50 million) Sea Shadow stealth ship..... since destroyed, though the barge was 'saved'. 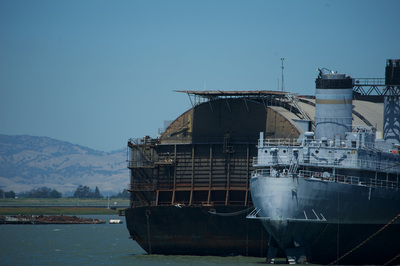 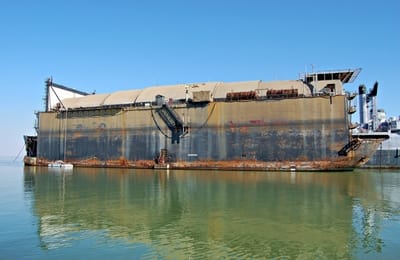 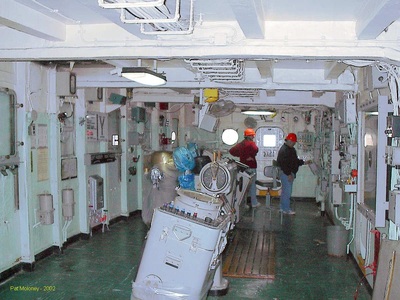 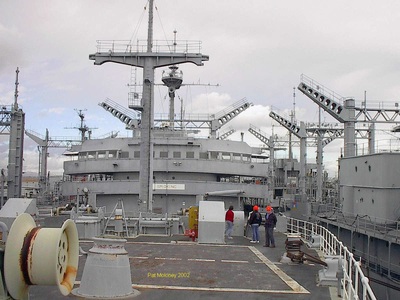 TAO-146    Kawishiwi
AE-24    Pyro ​
TAO-148    Ponchatoula
AS-17    Nereus
AOR-1 Wichita  ​USS Wichita slated for towing today; oiler was support ship in Vietnam
By Donna Beth Weilenman - Staff Reporter, Benicia (California) Herald.
The USS Wichita, nicknamed the “Wicked Witch” by the sailors who decorated the oiler with images of broom-riding women, is being pulled from the Suisun Bay Reserve Fleet Wednesday (March 6, 2013), said Kim R. Anderson, of the Office of Public Affairs in the U.S. Department of Transportation, Washington, D.C.
After preparation at BAE Systems San Francisco Ship Repair, the ship will be towed through the Panama Canal to International Shipbreaking, Ltd., Brownsville, Texas, for recycling, Anderson said.
The Wichita is the 41st obsolete ship to be removed from the National Defense Reserve Fleet off Benicia’s coast since October 2009, when the U.S. Department of Transportation announced it would recycle non-retention ships, beginning with those in worst condition.
Named for Wichita, Kan., the ship was the first in the class of Wichita-class replenishment oilers.
It was was built in 1966 by General Dynamic in Quincy, Mass. Commissioned June 7, 1969, the Wichita was based in Long Beach, and was deployed to Subic Bay in the Philippines during the Vietnam War. It also participated in the Indo-Pakistani War, joining the Navy Task Force 74 Dec. 10, 1971. The ship remained active during the Vietnam War, supporting ships off that country’s coast until 1973.
After the war, its home port was changed to San Francisco, but it remained active in the Pacific, the East China Sea and the Sea of Japan as well as the West Coast, where it was used as a training vessel.
In 1980, while traveling in the Gulf of Thailand, the ship rescued a boat of Vietnamese refugees who were being attacked by Thai pirates. The rescue earned the ship’s crew the Humanitarian Service Medal.
On its return to Alameda, a mess specialist painted a mural of the Wicked Witch from “The Wizard of Oz” on the aft elevator. The ship continued providing support in the Pacific, and for a while was a WestPac lead ship. It also was used by the U.S. Coast Guard to combat drug smuggling. It was decommissioned by the Navy in 1993, after which it was moored in Suisun Bay.
The USS Wichita earned four battle stars for its service in Vietnam and the Armed Forces Expeditionary Medal for setting a record for replenishing the most ships — 23 — in a 24-hour period.
Weather permitting, it will leave its moorings in Suisun Bay about 8:30 a.m. Wednesday (3/5/2013).
THIS DRAWING of the Wicked Witch from “The Wizard of Oz” adorns the aft elevator of the USS Wichita. Donna Beth Weilenman/Staff
Benicia Herald 3-6-2013
beniciaherald.me/2013/03/06/wicked-witch-of-mothball-flee... 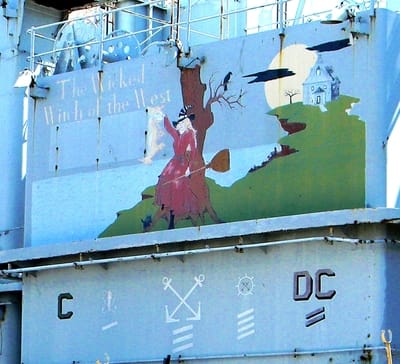 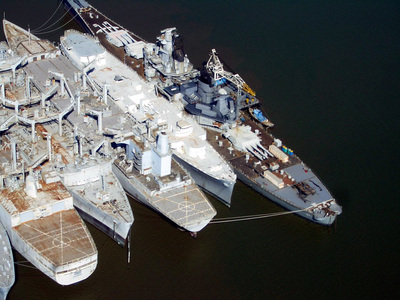 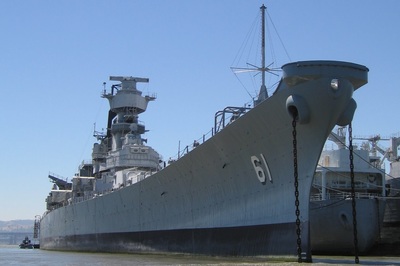 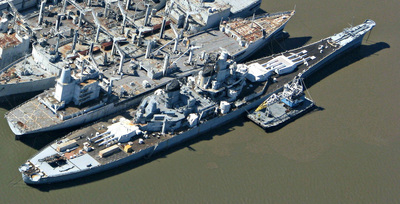 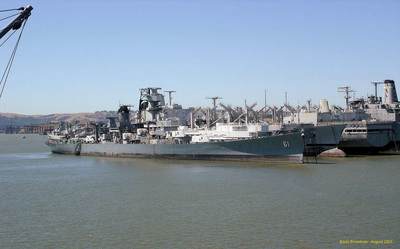 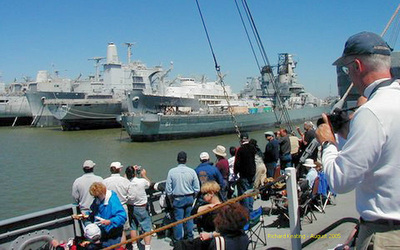 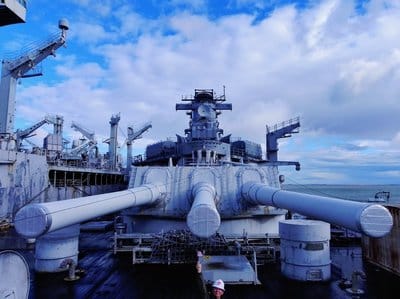 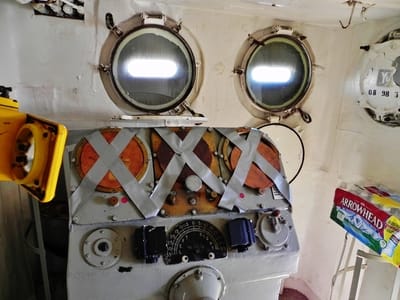