Click on the thumbnails to view the full size image.

ARS-33    USS Clamp
Diver-class rescue ship USS Clamp was laid down in February 1942 and launched in October of that year., in Napa, California. She was commissioned in August 1943, she salvaged in the Ellice Islands (now Tuvalu) and was attacked no less than 5 times. She salvaged multiple LST's in the Pacific and even captured 10 Japanese. Later she assisted in the Invasion of Okinawa, the aid of the kamikaze-damaged USS Indianapolis, and after the war, Operation Crossroads. She was placed in reserve in 1947, and struck from the Register in 1973. She left the SBRF on May 23, 2011 and was scrapped in Brownsville, TX.
AOG-4    USS Wabash
Patapsco class gasoline tanker USS Wabash was launched in 1942 and during the was she transported gasoline to Alaska and supported the Battle of Iwo Jima and Okinawa. She was struck from the register in 1947 and transferred to the Army Transportation Corps. She returned to the Navy as AOG-4 during the Korean War and afterwards transported gasoline between South Korea and Japan.  In May, 1958, she was struck again from the naval register, this time for good, and stored in the SBRF, where she became a Fleet Utility Craft (FB-65). She left for Brownsville, TX on September 7, 2005 and was scrapped in January.
​ 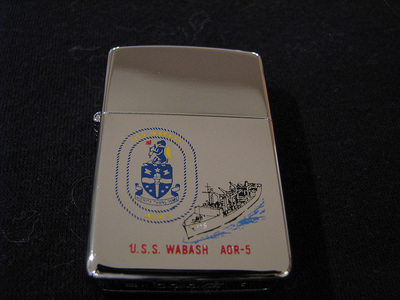 AOG-10    USS Nemasket
Patapsco class gasoline tanker USS Nemasket was launched in 1943, commissioned in 1944,  and during the war she transported fuel between Pacific Islands. She supported the Battle of Iwo Jima and afterwards she supported other invasions. After the war she served in China until 1947. Nemasket was later homeported at Pearl Harbor and delivered fuel during the Korean War. She was stricken from the register in 1960 and placed into storage at the SBRF in 1971. She was a Fleet Utility Craft (FB-64). She left on January 9, 2006 for Brownsville, TX. She was scrapped in June.

AGB-4    USS Glacier
Glacier-class Icebreaker Glacier was laid down in 1953 and launched a year later in August 1954. He Nay service included Operation Deep Freeze I, II, 5, 62, 63 and others. Her duties included keeping channels open, moving icebergs, and even providing relief support, and was transferred to the Cost Guard in 1966. In 1975 she was trapped in Antarctic ice for almost a week, but was able to make it the Antarctic Sound using only one propeller. After a total of 29 Antarctic and 10 Arctic deployments, Glacier was decommissioned on July 7, 1987, and was placed in the SBRF. The Glacier Society planned to convert her a research or hospital ship (and saved her in 2000) but she left on April 17, 2012 for cleaning and arrived in Brownsville for scrapping. Another effort was made to save her, however she was scrapped starting July 2012. 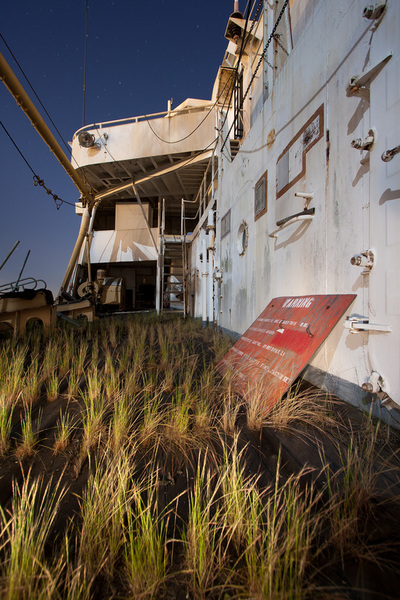 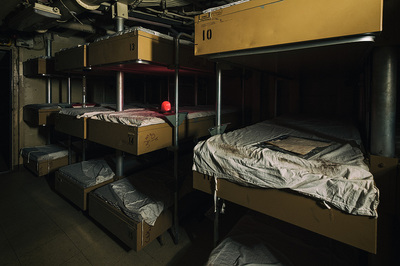 AE-22    Mauna Kea ​
Suribachi-class ammunition ship USS Mauna Kea was laid down in 1955 and launched in 1956. She reamed SevRon3, SevRon 7, 7th Fleet vessels throughout her career in Japan, Vietnam (1968), and the West Coast. At the time of her decommissioning in 1995, she was the Oldest Active Ship of the USN. In December 1998 she arrived at the SBRF, but was sunk as a target during RIMPAC 2006 off of Hawaii in July, 2006.
AS-12    USS Sperry
Fulton-class submarine tender 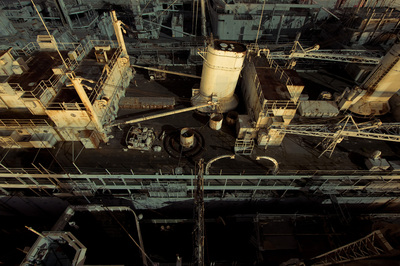 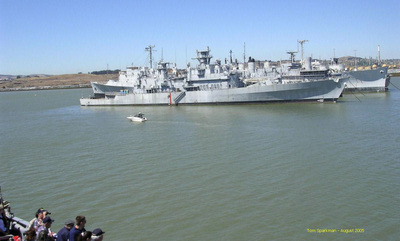